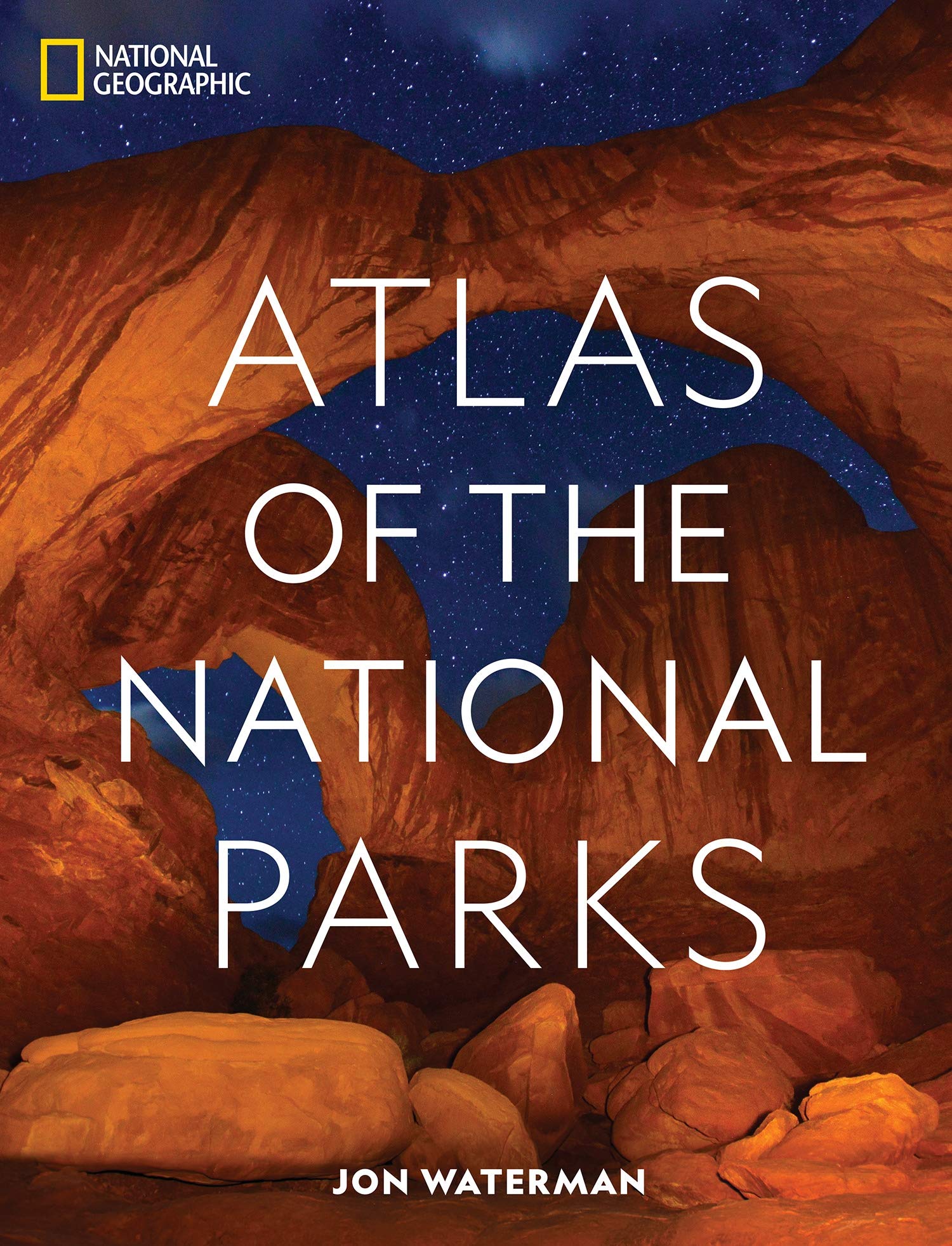 What Better Way to Capture the Magic of These Sacred Lands than with this new Atlas?

National Geographic takes pride in publishing this first complete illustrated atlas of the national parks. These pages, confirm the magnificence of our country’s wild places, from the coastline of Maine to the deserts of Arizona, from Florida’s Everglades to the glacial reaches of Alaska. The stories that accompany these visuals evoke both delight and concern, as we learn of the threats of urban encroachment, changing climate, and political missteps impinging on these pieces of wilderness.

Maps of all 61 parks, newly rendered for this book In-depth representation of 31 featured parks More than 120 informative graphics Photos of every park Fascinating storytelling about the parks—past, present & future

With its glacier-polished granite mountains and quartz-streaked schist on ocean shores surrounded by volcanic extrusions, Acadia showcases the continent’s birth. Located in northern Maine, due west of Nova Scotia, the park boundaries enclose 60 percent of the lobster claw–shaped Mount Desert Island, alongside a patchwork of small towns. Separate park parcels lie to the east and south, on the mainland’s Schoodic Peninsula and on the small Isle au Haut. As daylight illuminates Acadia National Park, its creation story can be read in the two most ancient rocks found along the shores of Mount Desert Island: green or gray schist and sandstone or siltstones.

It’s not commonly known that the Everglades is the third largest national park in the contiguous United States, within a Delaware-size wilderness 80 miles long and 50 miles wide. Draining Lake Okeechobee to its north and covered by ocean on the southern tip of Florida, the Everglades is a limitless looking expanse of brackish mangroves, cypress swamps, grass marshes, pinelands, and hardwood hammocks; it’s the first national park created solely for its biodiverse (rather than scenic) wonders. In recognition of its distinctiveness, Everglades was designated as a World Heritage site and an international biosphere reserve.

Enveloping a section of the Blue Ridge Mountains in western Virginia, Shenandoah is a narrow, fish-bone-shaped park. More than 60 of its misty blue peaks exceed 3,000 feet, rising more than a half mile above sloping ground to the east and Shenandoah Valley to the west. The renowned Skyline Drive winds 105 miles along the ancient granite crest of the automobile-friendly park. With 75 scenic pullouts, it’s popular during the spectacular fall foliage. The more moderately trafficked Appalachian Trail runs 105 miles through the park, along with another 400 miles of hiking and horseback trails. Lush with plant and animal life, including hundreds of black bears and thousands of white-tailed deer, Shenandoah’s restored, stream-cut wilderness is also famous for its trout fishing.

Seen from the stratosphere, Dry Tortugas’ white-sand beaches and greenish hued shoals resemble a broken-off barb on the fishhook of Florida and its Keys. The park is centered in turquoise waters between Miami and Havana. Here, in the Straits of Florida, the narrow passage from the Caribbean into the Gulf of Mexico, boats or seaplanes are the only access. One percent of this park—comprising seven islets of 143 acres— lies above sea level, on the edge of the continental shelf. So 99 percent of Dry Tortugas National Park must be explored underwater. A wonder world of coral lies below.